WOULD IT BE POSSIBLE TO INTEGRATE RELIGIONS, PHILOSOPHIES, MYSTICISM AND SPIRITUALITY?

When plurality can be found in a higher Unit.

Today I set out to reflect on what the Conscious School ® really means to me, and why I’m dedicating so much time to it, many hours of my life and my full attention. Thus it’s a reflection that I share outwardly, given that I am now offering the world the content that Alberto and the team are developing through the Conscious School ® workshops in Israel. We are a team that is ever-increasing, surpassing 150 people worldwide, with more than 500 students registered in the training program.

As more and more people want to get involved in this project, I considered it appropriate to express my understanding of what the Conscious School ® means to me, therefore, first and foremost, how did the C.S. come into my life?

It was back in April of this year (2019), just a week before Pesaj (the Feast of Freedom in Israel) which has a very profound meaning in Judaism; I was at a time in my life in which 5 years previously I was questioning all the methods and philosophies I’d learned, studied, and experienced up until then… I have been through nihilism, humanism, Buddhism, Judaism, Hasidism and different aspects of Jewish and Eastern mysticism…I have been the seeker, the spiritual one, the intellectual, the rebel (with and indeed without cause)… I am the mother of 5 children, wife of 17 years to an amazing man, I was a young mother, a single mother, became separated, later remarried… So, in a nutshell, I have amassed many experiences that I needed to comprehend deeply in order to make them part of me on another level.

It was while I was on the quest of joining my heaven and my earth that I first met Alberto Varela. Having not the slightest idea as to who this character was, having not ventured to search on Google about it, I hadn’t even began to investigate what it was that he may be up to…I was at a time in my life where I was going through immense change, due in many ways to the fact that in the 3 years previous to this moment, I had walked away from  a 13 year period where I’d been living a life dedicated entirely to God, being literally disconnected, without internet or a social life outside the immediate Orthodox community, immersed in my studies and practice of the Hasidic faith. I wanted to walk away from it in order to connect with another reality, one that was closer to my true essence, without so much dogma, without so much institutionalism and clerical hierarchies. Besides, once at a safe distance away from the Orthodox world, from which it was not easy to leave unscathed, I had been researching shamans, gnostics, monks and mystics, interested in the conscious use of ancestral plants and this lead be to a Facebook post which was not very clear, concerning an event that would be held in Tel Aviv. What was clear though was that they would talk about Ayahuasca and the conscious use of such plants, so I left a comment, wrote down the contact’s phone in Israel and called them. At first I was invited to a conference that was due to take place on a Shabbat (Saturday), a day of rest in Israel, and for that specific reason I did not attend, but I did call the person that organized proceedings in Israel and told them that I would like to get to know this group of people… and so I did, they gave me Alberto’s WhatsApp, I texted him and we arranged to meet in Tel Aviv (I still have no idea what Alberto was up to, or indeed who he was). That’s how I came to meet a person who would leave such an indelible mark on my life. And in this way the Conscious School ® came into my life.

From the very beginning, I felt very identified with Alberto, on a personal level, in matters concerned with what it is to be a Being, which by his very presence generates quite an impact, causing one to either love him or hate him… that’s what I sensed over the course of retreat and also later on, which is  something that happens to me in my own life, I possess a certain type of personality which means that there are people who love me and with whom I have excellent, deep relationships, and there are people I know I wouldn’t want to see again…Luckily though, all joking aside, it’s not something that’s easy to bear… but please allow me to return to matters at hand; that’s precisely what happened to me in the first place, I connected with Alberto while having a relaxed yet very deep chat, without any pressure or without putting on any façade. I felt that energetic connection that is paramount (for me at least) which is all about flowing with someone which leads to a common, mutual experience; and this happened to me not only with Alberto, but with all the team members who had accompanied him at that time: Carlos, Nico and Paula; and then the people who came to the retreat, some who had previously been to some Inner Mastery retreat elsewhere in the world… the energy I experienced was something that I felt was very mine, very palpable. From the very beginning I felt very much a part of proceedings, but especially when I arrived at the retreat, and in the first incorporation I was able to start integrating this proposal, this “non-method” that I had been so eagerly seeking, to really be released from ‘dark’ places where I was at that particular moment. I initially arrived at that particular retreat plagued by a deep and conscious depression (albeit very much unaware of what was really happening to me), because I was unable find a balance between so much theoretical knowledge and somehow manage to put all that intellectual baggage into practice to change my perception and be released from those areas of discomfort that were leading me to make inappropriate decisions in my life, to deprive myself of the abundance, love and pleasure of living. So, I was desperately in need of a ‘Shock’ of comprehension to shake things up and free myself. I was immersed in my spiritual journey. It wasn’t so much a case of searching, but rather of reining it all in as soon as possible, to perceive the path that I have travelled, to make it something incarnate.

So it was then, during my first retreat with Alberto, where we began to experiment a little, that one may be inclined to say that we had a “free sample” of what Conscious School ® is. I was able to access the comprehension that I needed in just 3 days, to undergo a deep transformation within my inner self, reconnect with my hidden essence, an essence that had been camouflaged by so much literature, method, text and dogma… so that from that point onwards, everything started to change and arrange itself to suit and fit my  surroundings.

So accordingly, from that moment on, I somehow felt part of this movement, of this idea, of this “non-method” liberating method. Since it basically helped me to stem the very tide of this sea of knowledge, of techniques and theories to MY EARTH, make my reality tangible in spirit, in a liberating, altruistic way, that binds me to nothing or anyone, but simply to my own commitment to myself, that is the essence of the Conscious School ® for me-

I assure you that it is not a question of : “I was religious before and now I am an integral part of the Conscious School ® “. Let’s not fall for the trap of rationalization that does not accept the complexity of the transcendental reality in which we live; because that is precisely one of the cores of the Conscious School ®: the acceptance of something as it is, in all its splendor. The flourishing, the surrender, the acceptance … in the words of the Conscious School ® : “When there is surrender there is no longer any pettiness or procrastination, accumulation and speculation cease to make sense, since one can comprehend that there is nothing that one can or should postpone until after death, that life is for living, and that everything we can take away from this life comes from surrendering to all that can happen to us before death, because when it finally arrives there will be no possibility of a conscious surrender, with death comes the ultimate surrender, because we give in definitively and take the final step towards that which is real.” 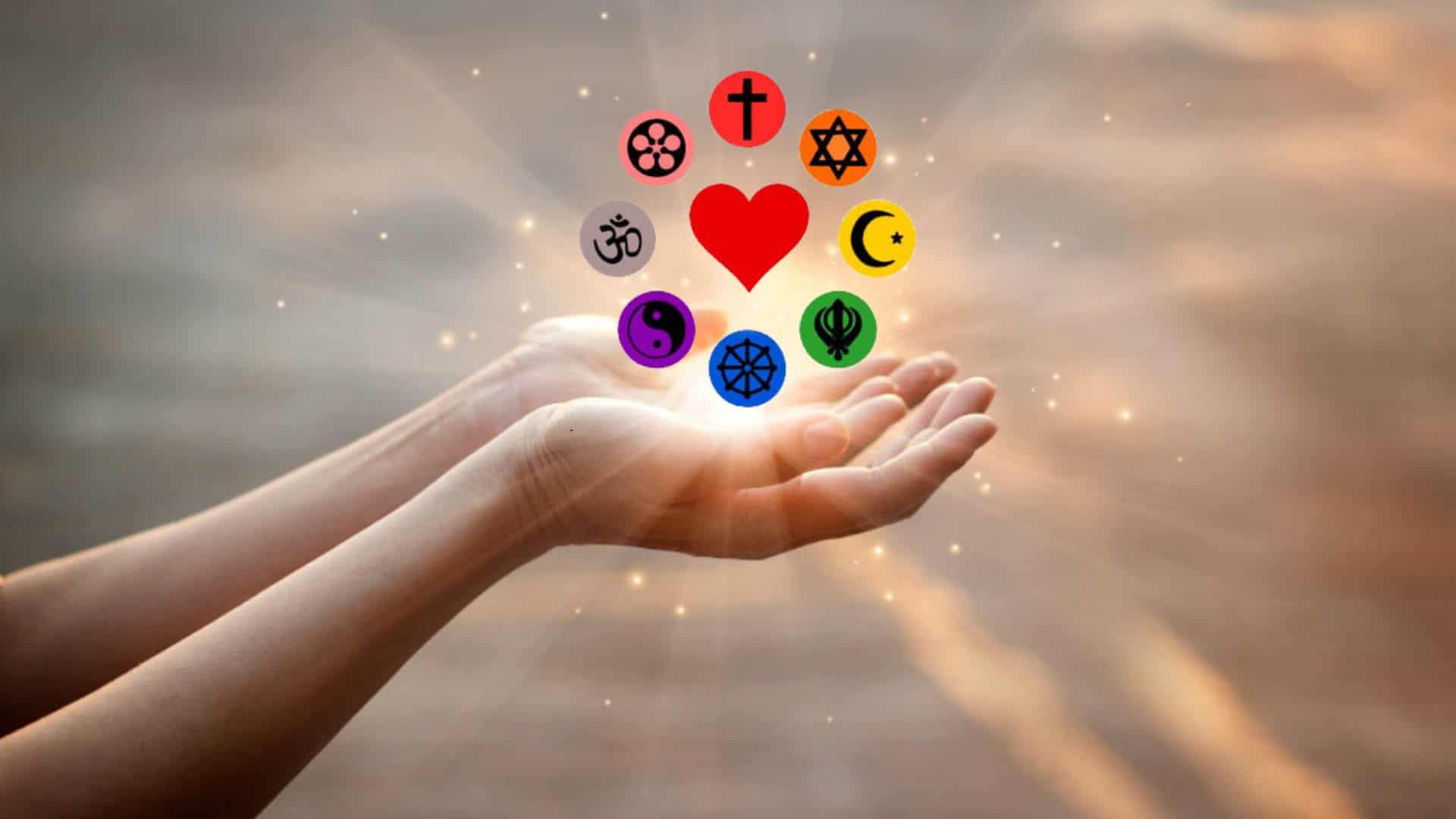 And this is what binds me to this movement of people who are intent on proactively pursuing the raising of consciousness and the comprehension of the role played by the ego. Many of the things that Alberto imparts in the various workshops have a lot of philosophy to support them, and these elements feed into these meetings; he was inspired by the Sufi philosophy to found this school, and so we find plenty of common ground that tie in the different philosophical or religious points of view, I can clearly see from my own standpoint how much connection we find between so many different aspects of Jewish mystique, the Kabbalah, Buddhism and Hinduism, and so many mystiques from very differing origins, that though they use different monikers, in the end they refer to the very same thing. It’s got a lot to do with working on the BEING, with personal development, with inner evolution, with moving from body and mind to the universe of the SOUL.

In that sense, and wanting to sign off, I’ll mention that the strongest connection I felt personally, in terms of my experience with the Kabbalah, unlike other philosophies, in accordance to the proposal of the Conscious School ®, is all about BRINGING HEAVEN TO EARTH, and not with merging into the intangible infinity of other philosophical proposals… Whoever has studied Kabbalah knows that there are infinite worlds beyond our own, all filled with Divine light, beauty, and unity. But one also knows that all this was brought into existence for one sole purpose: God wishes to feel at home within YOUR earthly world, or as Alberto says “Divinity wanted to see itself from the other side”.

Each generation plays its role in history, and all the generations that preceded us have allowed us to inherit abundant dreams: Philosophy, truths, wisdom and purpose. We are but tiny dwarfs standing on the shoulders of their ideas and their noble deeds. It’s time for our generation to make those dreams come true, it’s our destiny. The ultimate goal of the creation of all worlds lies at the lowest, most earthly physical plane. To raise a structure you cannot yank it from above, you must raise it from below.

The Conscious School ® has bestowed upon me the possibility of creating a new world of Conscious BEINGS who live in harmony and true LOVE with body, matter, earth and others.

I LOVE YOU ALL! And I invite you all to be part of this movement, exploring the mystery of the pleasure of living. 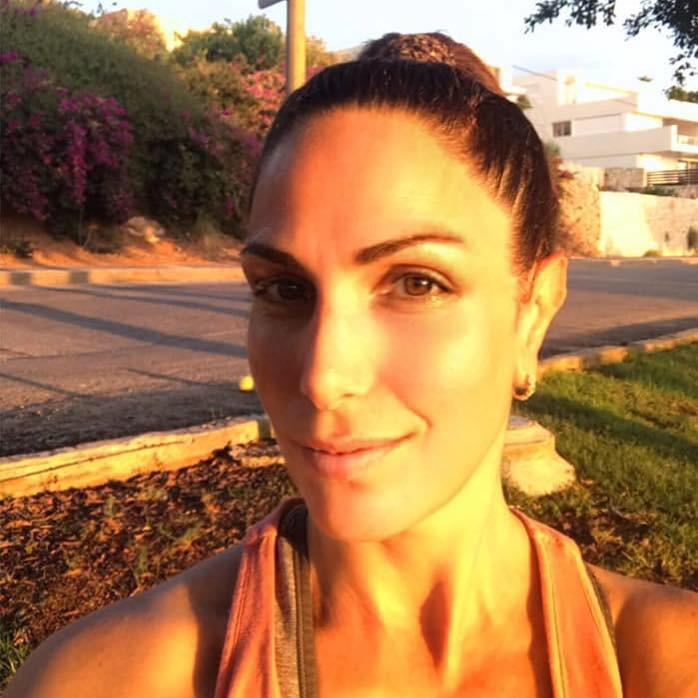