THE ANCESTRAL SUBSTANCES THAT COME TO US FROM PLANTS CONSIDERED SACRED BY INDIGENOUS PEOPLE.

San Pedro grows in many countries such as Spain, Peru, Bolivia or Ecuador. Now you can have the experience in Argentina and Uruguay with the Ayahuasca International team.

San Pedro is an indigenous natural medicine extracted from a cactus (Echinopsis Pachanoi) whose active principle is mescaline, like Peyote (the plant that Don Juan gave to Castaneda in his psychedelic odyssey on the seas of Understanding and Wisdom).

“The first enemy of the man of knowledge is fear” said Castaneda himself. But there is no reason to fear this cactus, the youngest offspring of peyote, who is so gentle and kind like a wise and loving grandfather who teaches us the eternal youth of our heart. This follows the philosophy of Castaneda and Don Juan,” of the paths you choose, to not lose yourself, follow that path that has heart”.

Effectively, San Pedro is an ancestral medicine that opens the heart, connects us with the feeling of love and acceptance for oneself and for others. It gives us a vision of the perfection that exists in all things.

It can be taken in juice or dried in powder and dissolved in water. It expands consciousness and open the doors of the heart wide open towards a total connection with love and allows vision to contemplate the divine flashes that stand out in each beautiful and innocent corner of creation. Because when you take San Pedro you start to see everything with the eyes of the heart.

Its original name is Wachuma or Aguacoya but it ended up with the name of San Pedro due to the experience that a friar had in the year 1500 that baptised it that way in reference to the apostle San Pedro who had the keys of heaven. Regarded like this, the cactus is a plant key to celestial joy.

The active entheogenic matter of this cactus was used by Aldous Huxley to write his famous essay “The doors of perception” where he states that this substance is able to inhibit “a valve” in the brain that filters perception and that prevents us from seeing “divine brightness”. (Later it was discovered that this valve is an organ that is called the thalamus).

This essay is a genuinely sensory and deep journey and I recommend everyone to read it. Even more, I recommend that you live the experience for yourself.

During his writing he says that under the effects of the substance he can not help but laugh when going out and contemplating the spectacle of such a grotesque theatre in which we live. As if it were about ceasing to be adapted beings for just a moment and allowing us to go crazy with love in order to see normality with acceptance and gratitude.

As if this life were a fancy dress dance where love hides and disguises itself as a judge, a soldier, a priest, a housewife, a policeman … and we all went from here to there pretending that we are not the same Being, representing roles that allow us to play the game of life, disguising that we are not that Immeasurable Love that has created everything and guides everything. Love making a tremendous cosmic joke about itself.

Jim Morrison read this essay with passion and baptised his group with the name of the book that was also baptised in honour of the famous phrase of the painter William Blake: “If the doors of perception were purified, everything would be shown to the Man as he is: infinite”.

On the other hand, San Pedro was the sacred medicine of the Incas to expand their consciousness and expand their creativity in the creation of their majestic constructions and it is still the medicine that the Queros use today in some of their rituals.

The San Pedro that we share is cooked by Sanpedrero experts from our team with old cactus (minimum 5 years), of 5 and 7 points  and very strong. It is cooked or left to dry depending on the way it is going to be consumed .

Being a cactus, it re-balances the body electromagnetically, thus facilitating a state of harmony and inner peace that favours contemplation.

It does not produce hallucinations but everything is seen in a more vivid colours, as if the world were newly created and we were thrown like children in our most candid nakedness to play with life in complete nature.

Like all the ancestral and natural medicines that we use, we provide a previous space for explanation and to share the intentions that each person brings in order to get into contact with the San Pedro. We answer questions and then we do a preparatory Temazcal. After this Temazcal hour (a natural sauna made with hot volcanic stones inside an igloo tepee tent), the San Pedro is given and music and songs are played according to the harmonious energy that emerges. Once the session is over, we carry out a psycho-therapeutic integration to relate the experience with daily life and to settle comprehensions that have been had in daily life.

Elian Varela, teaching on the use of San Pedro to the students of the European School Ayahuasca 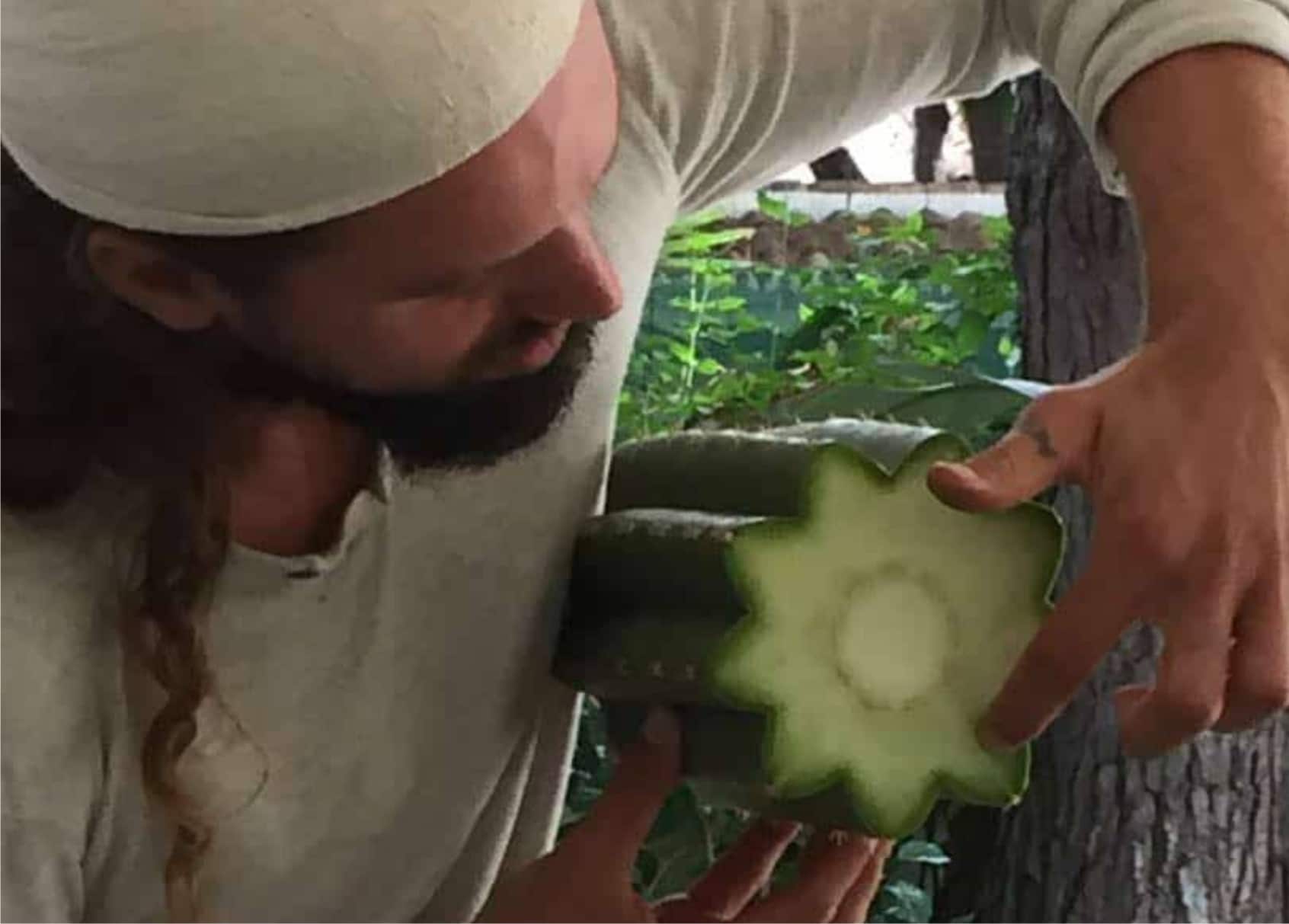 Elian has been cultivating and sharing San Pedro for more than 10 years in many countries throughout America and Europe.