BOOK: From jail… From my freedom

I want to be free!

It is the most fiery and passionate cry coming out of a human soul seeking to return to its natural state.

“We all want freedom but we’re so comfortably installed in the cell of the known. We are accommodated in a comfortable and safe cage that gives us a feeling of freedom, but it is a very subtle captivity; even though the cage is decorated and luxurious, it will remain slavery.”

The author says: “It seems contradictory, but I found freedom in prison. To be free one must get inside”. “We are already free, but we have forgotten; recovering the cosmic memory is rediscovering the essence”. “And being able to take our body anywhere doesn’t mean we are free. Anyone believing he is free will never be as he is blind”; “Freedom means to be the master of yourself and slavery means that your teacher is someone or something controlling you. To be free is to be the master of yourself.”

What is enslaving us? How to break our chains? The answers to these and other questions are implicit in the story of what Alberto José Varela lived in prison, and in his vision of the personal testimonies of other prisoners with whom he lived.

José Alberto Varela; 49 years old, 6 children; he spent time in prison and, even though he didn’t commit any crime, went through a tough test until he could prove his innocence. While he was in prison, he used his stay between walls to find the freedom he was looking for. As he says: “There are prisoners inside and outside of prisons, slavery is a human reality that costs us a lot to acknowledge but that costs us even more to overcome. We all want to be free, but we already are, freedom is our nature; what do we have to free ourselves from then? In this book one can find the keys to understanding what is the prison enslaving us and to the great escape.” 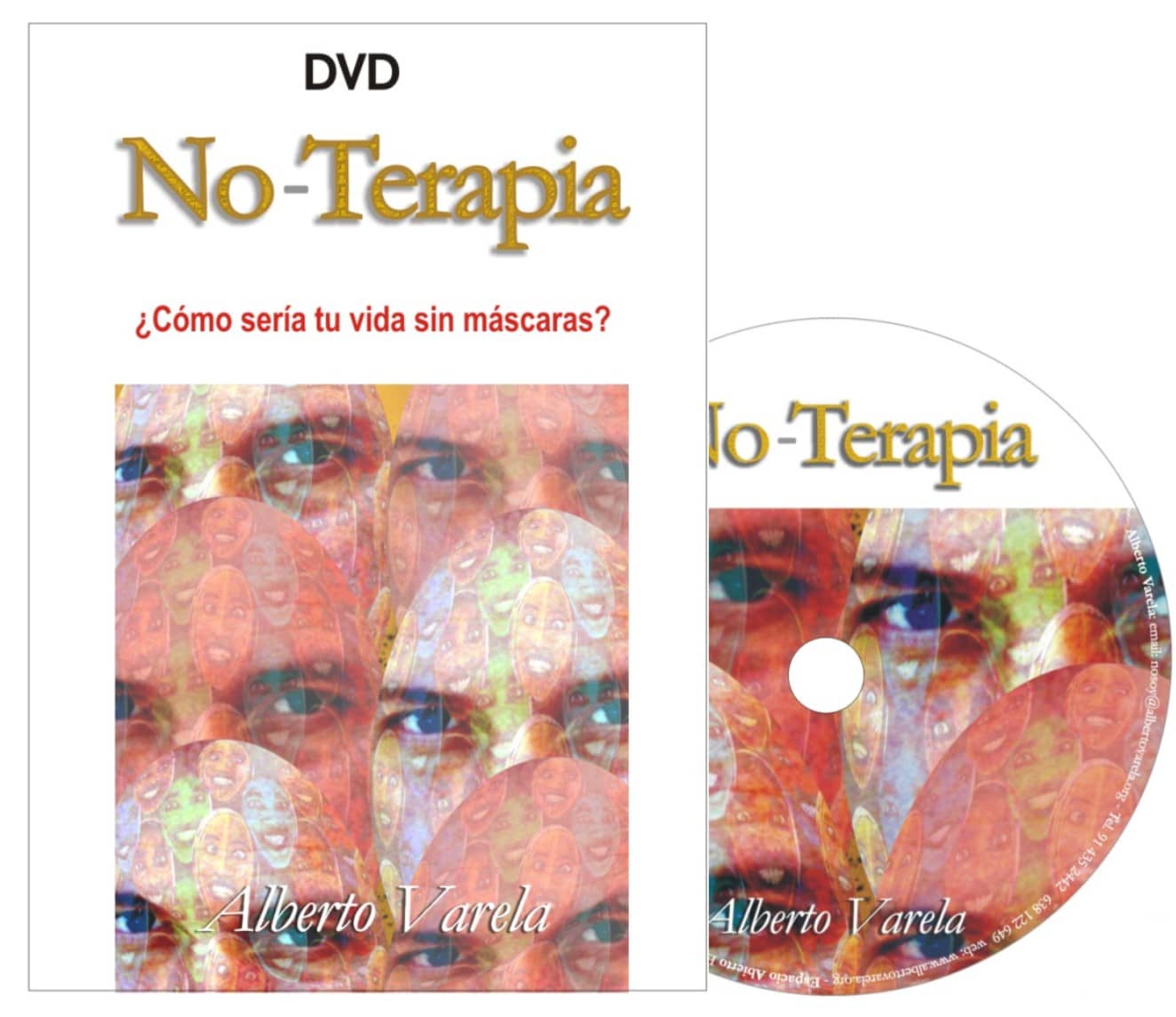 How would your life be without masks?

The DVD lasts 2 hours and is a summary of more than 10 public sessions spontaneously held between 2006 and 2008 in a restaurant in Madrid. Its content is as deep as it is confrontational, some images have a strong impact as some people end up completely cornered in their lie.

No-therapy, it is a technique that I created in 2005 in the Colombian jungle after an Ayahuasca ceremony, and years of Osho meditations; in that process, lasting more than 10 years, I understood the roots of the functioning of the “I” and of all its lies. No-Therapy has to be implemented publicly, not privately, because the ego finds it easier to lie in private as no one notices it. It is not a therapy session but it has psychotherapeutic effects on those who open to see their own lie.

I used No-Therapy on thousands of people from many countries, religions and cultures with very different conflicts or objectives, and got amazing results. Experienced therapists remain perplexed before this phenomenon, since it is not a regulated or university studied technique, but still produces very positive results.